We can just about start counting down to the sold out 2012 Newport Folk Festival in terms of hours now, and I think I can feel the collective surge of excitement. All of the usual social media outlets are abuzz with tweets and posts about the impending fun that awaits.

I have arrived in Philly, part one of our own personal journey there, and Friday Ady and I shall head out together to attend our first ever NFF in the flesh, something we’ve been dreaming of taking part in for a long while. Our excitement is just about at fever pitch now.

This year’s line up is jam packed with a bounty of good music, it’s truly amazing what is in store this year. If you aren’t headed there in person there will be loads of coverage here on the blog, and elsewhere on the web from many other sources. NPR will be broadcasting via live web stream which you can tune in to here via the NPR Music Presents 2012 Newport Folk Festival link. If you can’t be there, it is highly suggested you set aside your entire weekend, pour yourself a drink and flip on the—well, we can’t say telly—boot up the ol’ pixel box and join in virtually! The line up and celebration of Woody Guthrie’s 100th birthday promises to be, to borrow a great term from the festy’s organizers, folkin fantastic.

Ady and I will be there and we will be covering via our own Sisters Dissonance style, which of course means in addition to photos and words, a couple of interactive creative projects for everyone to join in on. You can keep up here on this site as well as our Facebook and Twitter ( @2sisdissonance )accounts.

To help with their mission you can make a donation here. 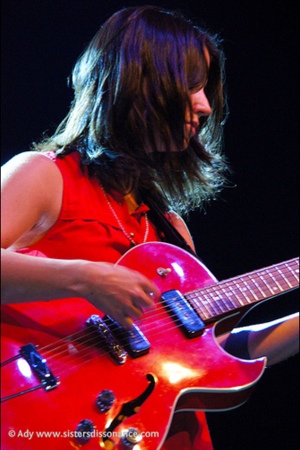