We’re finally getting around to uploading some more of the videos taken by my sister and I (mostly Adrienne) during Gorillaz trilogy of shows during their recent North American Escape to Plastic Beach tour, and so this week’s Song of the Day will have a “Gorillaz live” theme. 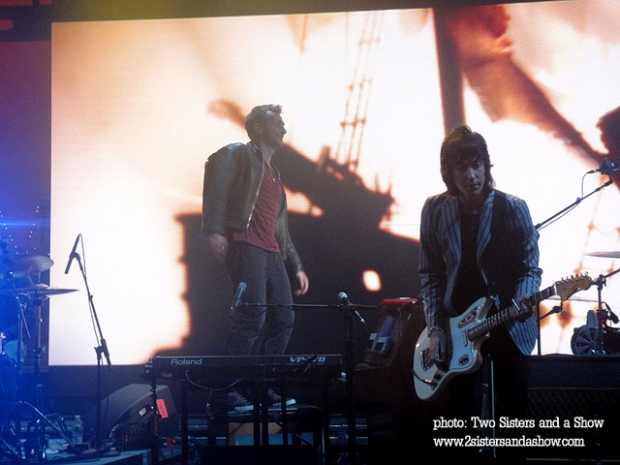 I will be posting a video a day each day from either The Live on Letterman taping/webcast (October 7) or the Madison Square Garden performance (October 8), both in New York City, or Camden, New Jersey (October 10). To start is a few short segments Adrienne grabbed during the very first song from the Letterman webcast, “Kids With Guns” (short but from our view up front, worth a few seconds of viewing time for the novelty of the footage), alongside the official CBS footage of the entire song that aired live that night.